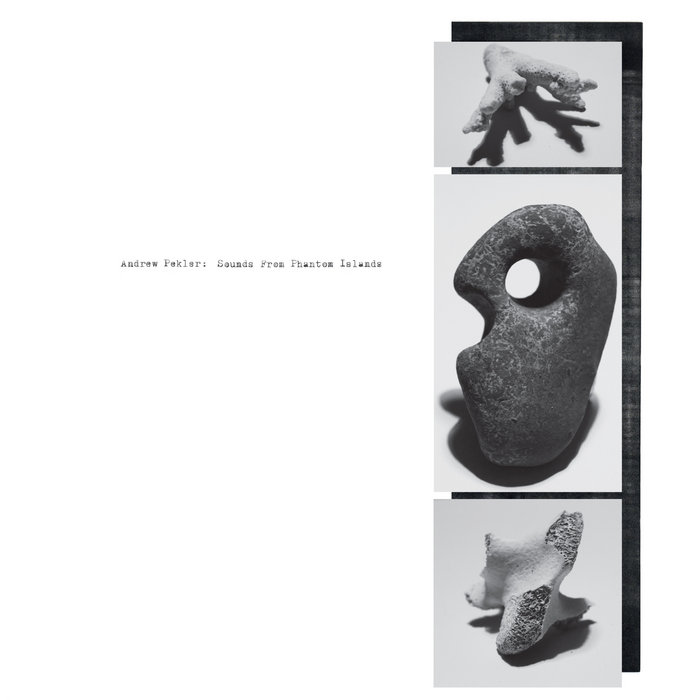 Vincent Giard Andrew came back from his Fourth World vacation with quite a tan and a couple of new drink recipes.

Miles Egan Nobody does this kind of thing better than Pekler. A great album even by his universally high standard. Favorite track: Approximate Bermeja.

Phantom islands are islands that appeared on historical maps but never actually existed. The status of these artefacts of European colonial expansion from the 15th to the 19th century oscillates between cartographic fact and maritime fiction. Sounds From Phantom Islands interprets and presents these imaginations as a quasi-ethnographic catalog of music and synthetic field recordings. The pieces on this album are based on recordings made for Phantom Islands - A Sonic Atlas, an online interactive map developed with cultural anthropologist Stefanie Kiwi Menrath.

Written and produced by Andrew Pekler 2016-2019, mastering by Giuseppe Ielasi, graphic design by Tim Tetzner, special thanks to Kiwi Menrath and Flavio Gortana.

Bandcamp Daily  your guide to the world of Bandcamp